When asked to make a list of airline jobs, most people instantly think of pilots. But the flight crew, while their jobs are definitely important, are only a small part of what keeps an airplane flying and flight schedules on track. Airlines rely on many individuals to perform their job in order to keep them in business. They include baggage handlers, ticket agents, and avionics technicians.

Much of North America’s economy relies on the airline industry to expedite business people from one location to another. If any one aspect of the airline company fails to perform their job correctly, massive delays can result. That often creates a domino effect. When business passengers miss their meetings due to flight delays or cancellations, it can result in their company losing money. When airlines are forced to scale back operations, eliminate flight routes, or go out of business, all of which happened as a result of 9/11, everyone suffers, from the airline employees to the passengers, and the nation’s economy in general. Unlike a hundred years ago, the world depends on air travel to deliver people and freight and in a timely manner. Imagine what life would be like if all we had were boats, trains, and cars! Trans-ocean travel would slow to a crawl and industries would be adversely affected all over the planet. Even the elimination of air travel within the country would cause irreparable harm to the economy.

Because of the variety of airline jobs, each position requires a different set of skills, educational requirements, and challenges. While some airlines are very compartmentalized, with flight crews hired right out of flight school or after years of experience in cockpits for other airlines, some companies take a different approach. Some smaller airlines hire from within whenever possible and encourage their employees to work their way up through the ranks. This can include ground support personnel with ambitions to wear a pilot’s stripes. To this end, a company may offer opportunities for employees to get additional education, and they may pay for some or all of the employee’s school costs. With advancements in technology occurring all the time, the aviation will be offering new job possibilities well into the future. One of the emerging fields in aviation is space travel. Sooner than most people realize, buying an airline ticket to the moon will be just another destination choice for passengers. Some airlines are already in the process of making this a reality. To achieve their goals, airlines understand that they need to attract qualified people, and must be willing to reward them. Salaries for airline jobs are competitively high and the benefits offered typically include the following: 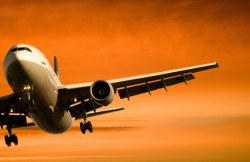