Federal and state government agencies in the U.S. hire thousands of people for aviation-related jobs. For instance, there are more than 43,000 airport security screeners in the United States! If you’re hoping to break into the airline or aviation industry then definitely don’t overlook government aviation career options.

AirlineJobFinder focuses on jobs with the following agencies: 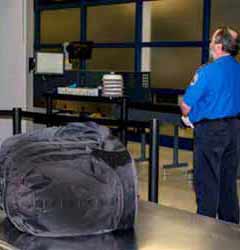 Get The Job You Want! Join AirlineJobFinder. It is now 100% FREE!

The Federal Aviation Administration (FAA) employs licensed pilots and non-pilots to ensure the certification, security, and safety of airports, aircraft, pilots, and air traffic control systems. The FAA is also involved in the emerging field of commercial space transportation. As technology improves in all areas of aviation, including air traffic control, the FAA will continually need qualified individuals to fill a variety of positions, from pilots to aviation safety inspectors to computer specialists and everything in-between.

The National Transportation Safety Board investigates all civil aviation accidents in the United States as well as accidents that occur on highways, rail systems, pipelines, or waterways. Occasionally the NTSB works with other government agencies during the course of an accident investigation. The NTSB also makes suggestions to the FAA and other government agencies regarding new safety laws or regulations that they feel may be important in light of an investigation. 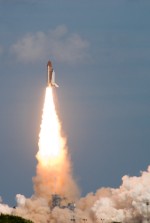 Have you heard of NASA? Of course you have! The National Aeronautics and Space Administration is on the cutting edge of space exploration. For this reason, NASA is one of the most exciting places in the world to work. For aviation and aeronautic buffs from many fields of expertise, NASA offers many career opportunities.

The United States military offers many aviation job possibilities, in a flying and non-flying or ground support capacity. In addition to the US Air Force, aviation positions are available with the Army, Navy, Marine Corps, and Coast Guard as well as state-based national guard units. U.S. military personnel sometimes provide their personnel and aircraft for rescue assistance of civilians. The Canadian military also offers a number of job possibilities for those seeking aviation careers.

The U.S. Forest Service and the Canadian Interagency Forest Fire Centre (CIFFC) deploy aircraft and ground support personnel to fight forest fires throughout the United States and Canada. Though firefighting is mostly seasonal, with the majority of work available in the summer, both agencies need some personnel throughout the year and hire heavily in advance of the fire season. 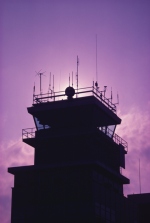 On AirlineJobFinder we take you through a wide variety of federal and state government aviation careers. Each of the following types of aviation related positions is discussed in great detail in our Free Members Section.

For each type of job profiled in our Members Section there’s a description, pay details, and educational requirements. You won’t want to miss our interviews with industry veterans either. Their insights are invaluable.